£86.99
For delivery on Thursday 28th October, order this item in the next 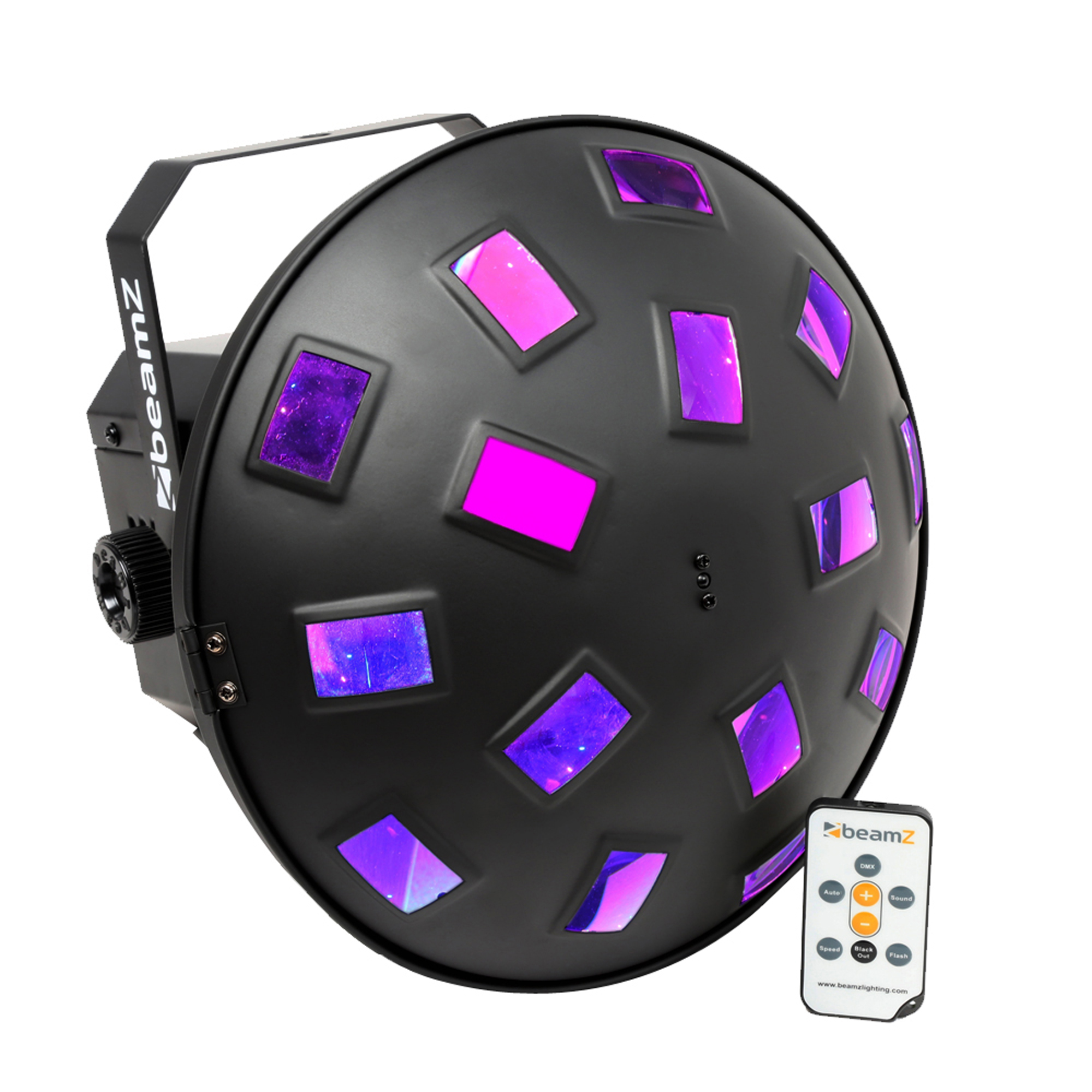 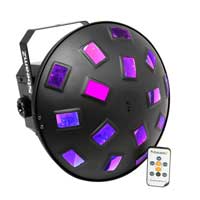 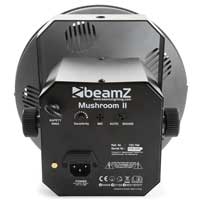 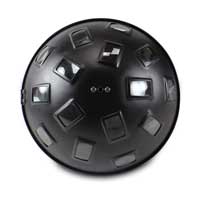 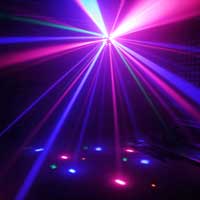 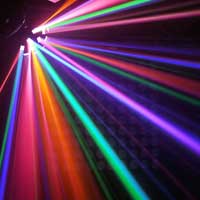 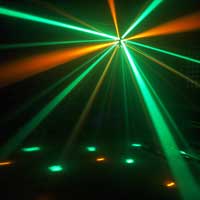 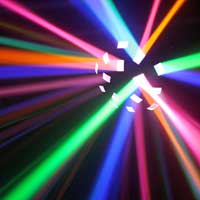 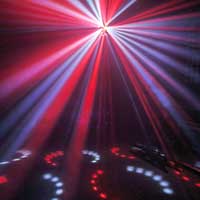 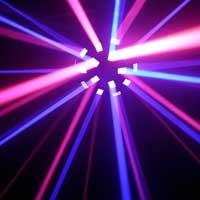 The improved Mushroom II LED from industry professionals BeamZ; is a 6x3 Watt LED lighting unit that projects bright RGBAWP beams through it's 15 lenses, that consistently cross each other for a truly unique lighting display of impressive beams that fill the floor in sharp detail. Automatic, pre-programmed and sound activation modes, with added remote control, it leaves no restrictions.

Like No Other
The Mushroom II provides an effect that really stands out from the rest, projecting an extremely surreal pattern of effects upon it's targeted surface and highly detailed, crisp beams of light that dance around you as they cross each other in sequence.

Sound activated using the units built-in microphone, the Mushroom reacts tothe beat and intensity of the music being played with control of sensitivity via the mounted rotary dial. Even when no audio is being played, the Mushroom can utilize it's preprogrammed shows on automatic mode and take care of it all for you.

No Limits
The Mushroom II LED RGBAWP light is a fantastic DJ light like no other, for use in disco, nightclubs, bars, house-parties and more. Easy to mount, plug-in and play.
FEATURES
Features
( )
SPECIFICATIONS
Specifications
( )