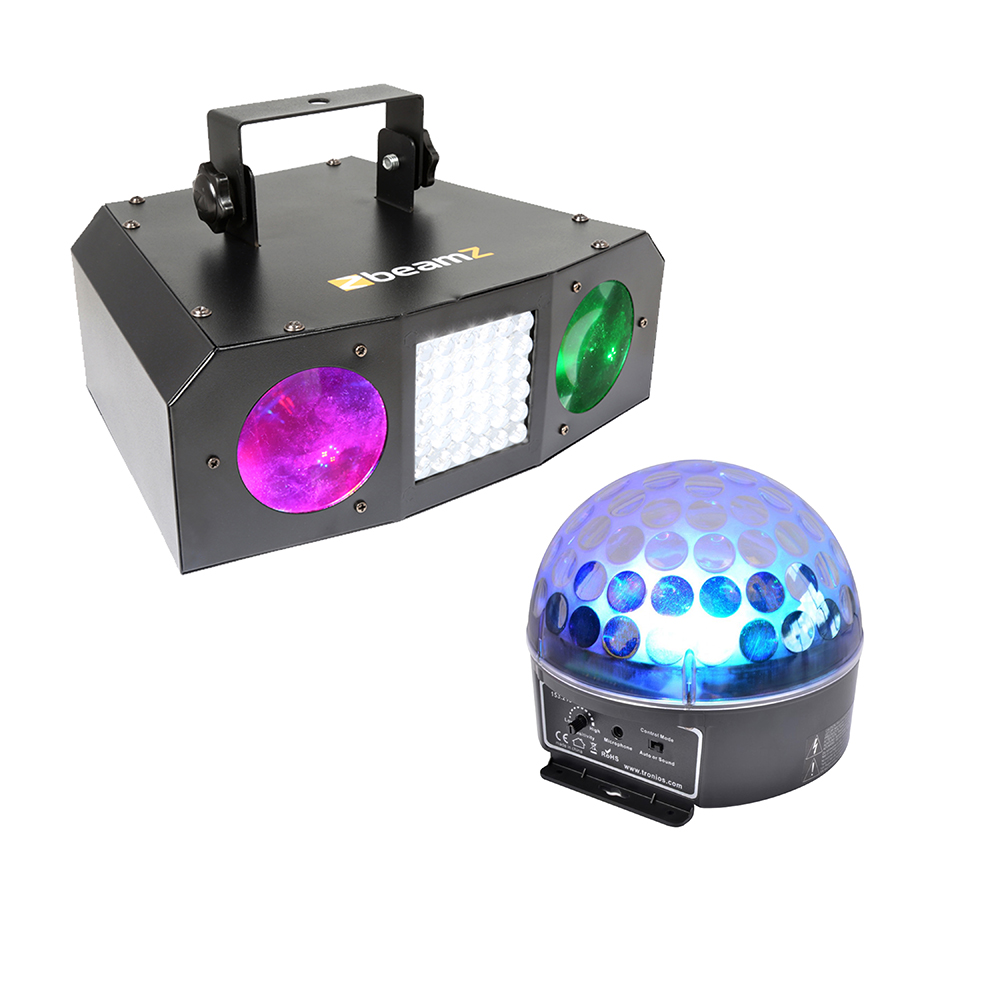 If you love your multicoloured beam effects as much as we do, then this wonderful pairing of effects lights from BeamZ will definitely grab your attention.

The Magic Jelly Ball first. A budget friendly light that never fails to surprise those that are new to it's disco ball charms, the LED magic ball light design creates up to 82 powerful beams in it's multi directional output, along with colour washes and spot effects.

This LED disco ball has 3x 3W RGB LEDs which are capable of filling a room to every corner, with it's auto shows and sound activation modes giving you easy setup to just let it do it's thing.

With it's precise beam optics, the Uranus produces stunning dot-matrix patterns to dancefloors, walls and ceilings in definedcolours and shapes, while the powerful strobe unit brings a sense of depth and atmosphere to any space, making the Uranus and Magic Jelly ball the ideal set of disco lights for home use, or for the mobile DJ and performer.